Welcome friends, colleagues, members of the IPE, in the City of Constantine the Great. Constantine the Great was the ruler, military leader and great supporter of Christianity. made a historical document Edict of Milan which stopped the persecution of Christians in the Roman Empire. Various conquerors left behind various versions of the city name: Roman Naissus, Byzantine Nysos, Slovenian Nis, Nis Turkish, German Nissa. At the time of the Ottoman Empire, in the eighteenth century was built Nis Fortress, which today is the most striking symbol of the city, is also one of the best preserved buildings of its kind in the Balkans.

3.Puzzle  (1 competitor) all pieces of the puzzle have to be folded exactly like the drawing on the right designated place. Only the exact positions of all parts gives a complete picture. You can not “push” part where it does not belong. The winner is the competitor who as soon as possible together a puzzle.

IMPORTANT!!!!! : The registration fee per participant:

– only gala dinner -17e per person

“SERVO PER AMIKECO – SERVICE THROUGH FRIENDSHIP” 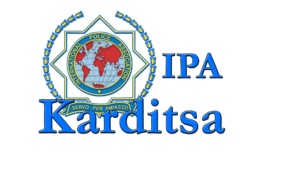